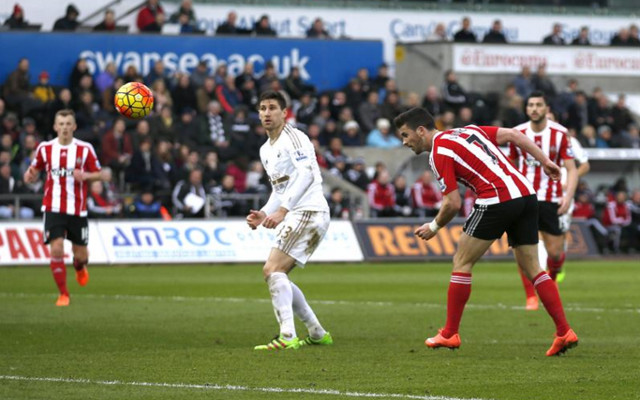 Shane Long was caught off guard in the first half and failed to convert a header he didn’t seem to realize he had a chance at. But he made up for it in the second half to give Southampton the lead in a big match against Swansea City.

In the first half Shane Long tried and failed to record a header, but seemed stunned that he had the opportunity and couldn’t direct it away from Swansea goalkeeper Fabianski.

But he got his second chance at the 69′ mark and made the most of it – converting his second header chance of the afternoon en route to a lead-grabbing goal.

A win today would put give Southampton five wins in their last six matches and 16 of 18 points claimed. The club would move into sixth place assuming West Ham United fail to get a win this week. With a win next matchday and a loss by Manchester United, Southampton would jump the Red Devils into fifth place and qualify for the Europa League.