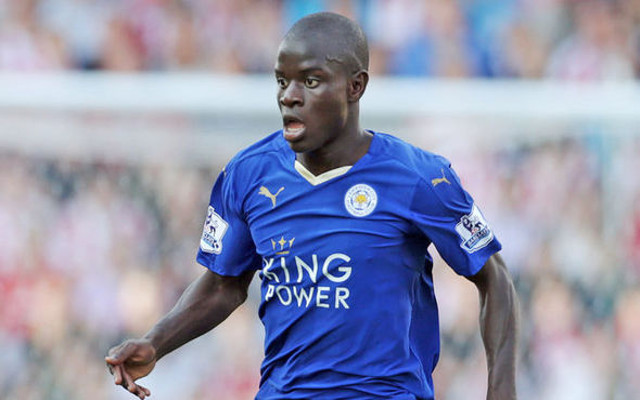 Arsenal manager Arsene Wenger has revealed that he was aware of Leicester City midfielder N’Golo Kante from an early age but opted not to sign him.

The 24-year-old will line up against his fellow Frenchman on Sunday as the Foxes look to build on their five-point lead at the top of the Premier League.

While Arsenal will undoubtedly be hoping to cut into that lead, they will face a real battle against Kante, a player that Wenger has now conceded was on his radar as a youngster.

“Kante is a huge force in their team,” said Wenger, as reported by Sky Sports. “Of course I know him. You look at his career and you will be amazed. Because he played in Suresnes in Paris at the age of nine, 10 years old.

“After, he went to Boulogne as an amateur. They didn’t want to sign him pro. After, he went to Caen, and then he came finally to England. But, everywhere he has been, he has always adapted to the level where he was.

“One of my best friends in life knows him since he was 10 years old, and he spoke to me about him. We went to watch him and we saw he had quality, but I didn’t know he would come so quickly to England.”

In contrast, Wenger went on to add that he didn’t expect Riyad Mahrez to be such a hit for Claudio Ranieri’s side, given that they plucked him from the obscurity of the second tier in France.

However, the £400,000 signing has gone on to become one of the more influential players in the Premier League this season, and has played a pivotal role in Leicester’s success. Nevertheless, Wenger doesn’t believe that it would have been accepted if he had signed the Algerian in today’s “strange society”, as the expectation is for him to sign a big-money star player for £40m plus rather than look for bargains.