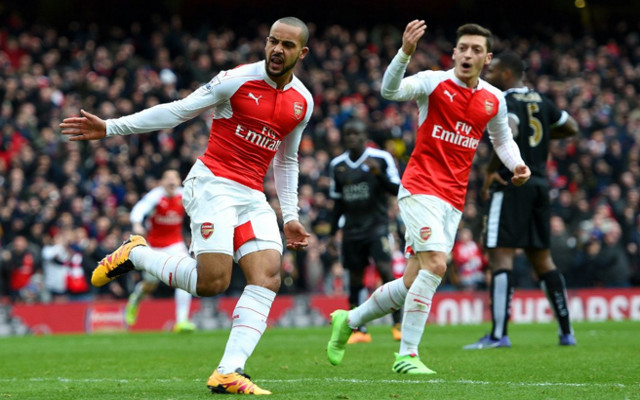 To some Arsenal fans, the team’s dramatic comeback win over Leicester City was more than a crucial three points that puts them within striking range of the Premier League leaders. In the wake of Danny Welbeck‘s remarkable stoppage time goal against the Foxes at Emirates Stadium, some fans are going so far as to call the win the pre-cursor to a Premier League title win.

We are Arsenal. The Champs in the making. #Welbeck is back #AFCvLCFC

And that’s why Arsenal will be champs this year

After trailing 1-0 at the half, Arsenal stormed back with a pair of goals in the final 20 minutes plus added time, scoring at the 90’+4 mark to secure a win and take all three points for themselves.

#Arsenal to win the league…

Though there is still plenty of football left to play and Leicester City have finished off the most difficult portion of their schedule, it’s hard to argue the point that the win over the Foxes certainly seems to hint at a clear path to their first title win in over a decade.