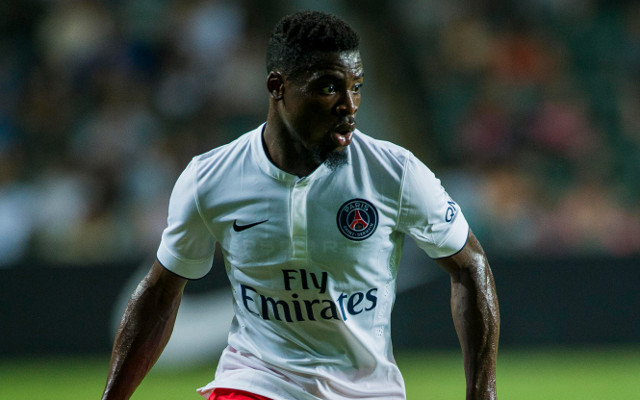 Paris Saint-Germain have moved to suspend defender Serge Aurier after the player was filmed slamming his teammates and coach Laurent Blanc on social media.

The right-back criticised goalkeeper Salvatore Sirigu and star man Zlatan Ibrahimovic among others on Saturday in a video posted on social media, in which the Cote d’Ivoire international candidly responded to questions about life in the French capital.

Too candidly, it seems, as Aurier has been hit with an indefinite suspension by his club, with the PSG president Nasser El-Khelaifi revealing that the decision was taken in order to prevent ‘further embarrassment to the club’.

The suspension means that Aurier will miss the French giants’ Champions League fixture with Chelsea in midweek—a rematch of last season’s Last 16 bout.

His absence will represent a boost for Chelsea, with Aurier having featured 19 times for PSG in Ligue 1 so far this season, scoring twice and contributing two assists.

He also scored one and contributed one assist in three Champions League showings during the group stage. In his absence, expect Gregory van der Wiel to step into the starting XI.