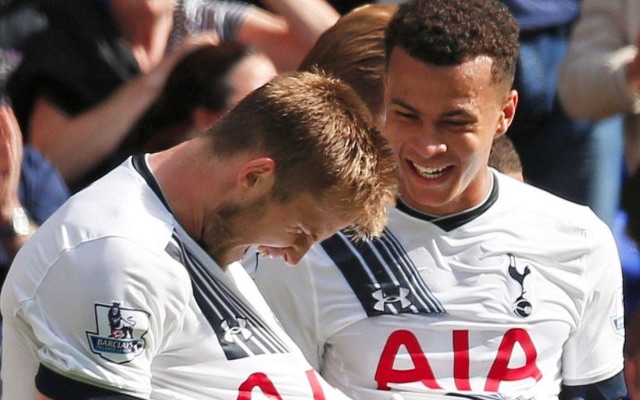 As we close in on the end of the season, Tottenham Hotspur fans are beginning to believe that the impossible dream of a first title victory since 1961 could be a reality.

Spurs have lost only three matches so far this term—against Manchester United, Newcastle United and Leicester City—and after 25 matches, they find themselves second on 48 points.

While Spurs trail unlikely leaders Leicester City by a significant five points, they lead all of the league’s traditional heavyweights.

They are level on points with arch rivals Arsenal but are ahead of the Gunners on goal difference, while the likes of Manchester United, Liverpool and Chelsea are nowhere to be found at the top of the table.

City, however, will still harbour hopes of the title, even though they find themselves down in fourth—six points off the pace—with 13 games to go.

The Citizens will be stinging following last weekend’s savaging at the hands of Leicester, and Spurs will be desperate to expose any lingering doubts among the Citizens.

Hugo Lloris will start in goal for Spurs, and we’re expecting Mauricio Pochettino to revert to his first-choice full-backs, Kyle Walker and Danny Rose, despite the fine showings of Kieran Trippier and Ben Davies against Watford.

In Jan Vertonghen’s absence, Kevin Wimmer will continue to partner Toby Alderweireld in the heart of the defence, with Eric Dier and Dele Alli paired in the middle, ahead of the likes of Ryan Mason, Tom Carroll and Nabil Bentaleb.

In attack, Harry Kane will lead the line, supported by Christian Eriksen and Moussa Dembele, with one of Son Heung-min, Erick Lamela and Nacer Chadli. We’re backing Poch to opt for the South Korean’s energy and determination, while Lamela and Chadli represent excellent options off the bench.