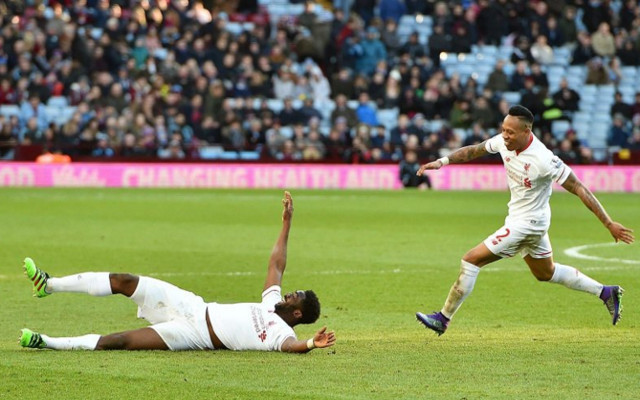 Six different Liverpool players scored a goal against Aston Villa, but the sixth and final goalscorer may have been the most shocking: 34-year-old centre-back Kolo Toure, who hadn’t scored in over five calendar years. Ironically, the goal was scored almost completely by accident – which only makes the moment (and Aston Villa’s humiliation unfortunately) even more amazing to behold. Following the match, delighted Liverpool fans reacted to the incredible circumstance in a variety of ways.

Kolo Toure has scored more goals than Eden Hazard in the league. Madness.

But the best part was Kolo’s little jingle at the end of the match, which we were fortunate enough to find a replay of:

Kolo last scored a goal for Manchester City in January 2011. He joined Liverpool in 2013 but was only used sparingly for the first two years at Anfield.