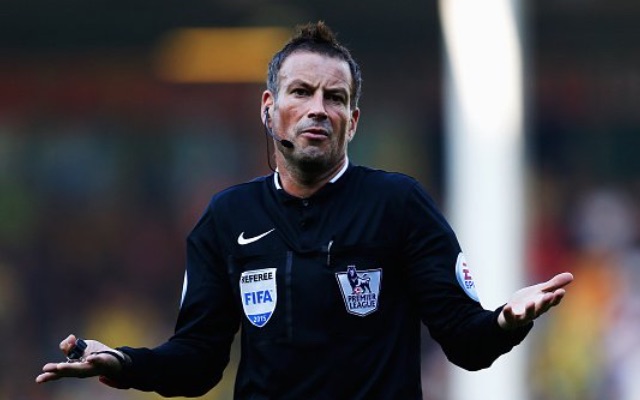 Another day, another controversial call making the difference between a win and a draw. Today the unfortunate victim was Manchester City striker Raheem Sterling, who was penalized for making a handball the clearly only hit his armpit and upper elbow instead of his forearm. The resulting penalty shot for Tottenham Hotspur scoring machine Harry Kane had the expected resulted: a 1-0 lead grab for the visiting Spurs.

Social media users were rather unkind to the officiating on that call – especially referee Mark Clattenburg, but unsurprisingly were even less kind to Sterling – who has a considerable number of haters across the world.

How can you give a handball against Raheem Sterling?

You can see from this picture he doesn’t even have arms! pic.twitter.com/3QvjDOFsIi

Why was that a penalty for spurs when Sterling had his back turned and blatant handball was not given to Arsenal.

How the hell was that penalty given against Sterling??? Much as I dislike him!!

That’s not a good decision. Back turned, arm in a very natural position. No penalty. Sterling and City hard done by. #MCFCvTHFC 0-1

Shame Spurs won a penalty, fitting that Sterling conceded it.

Even the announcers were certain that the call was faulty. Nonetheless, Man City got a measure of revenge later in the half with a Kelechi Iheanacho equalizer.

Tottenham Hotspur are working eagerly to climb to the No. 2 spot of the Premier League table, a feat they can only achieve with a win this week.