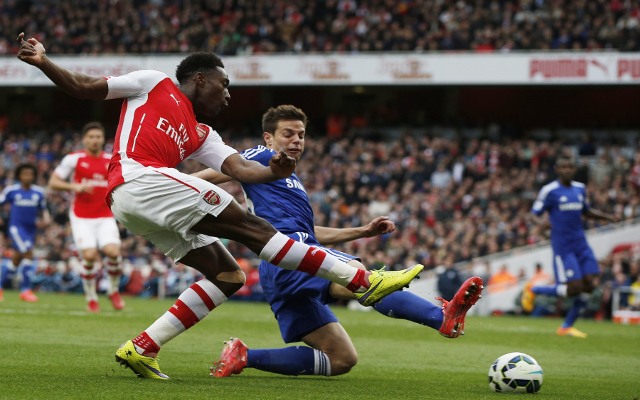 There’s nothing quite like a late winner, is there? And on Sunday Arsenal fans got their taste as they saw off Leicester to keep their title hopes alive.

But more than that, the game marked a return to action for Danny Welbeck, who had spent the past year on the sideline through injury.

And his cameo appearance gave Gooners something to laud over Eden Hazard as he outscored the Belgian this season in just ten minutes.

Hazard has struggled for form this season, and has so far only found the net in the FA Cup tie against MK Dons last month, and Arsenal fans wasted no time in reminding him of his misfortune.

Welbeck got injured a year ago, came back for 10 minutes for 1 game and has more PL goals than Hazard