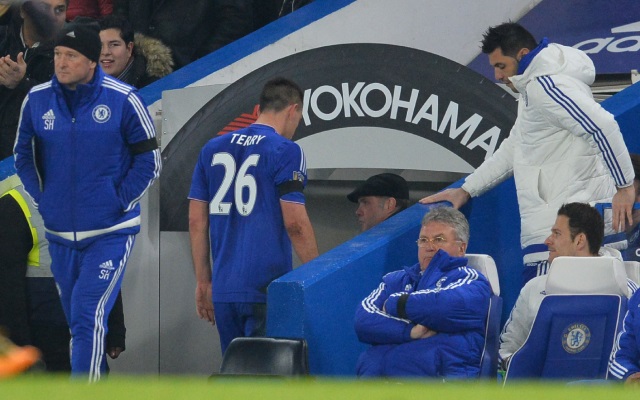 According to reports, John Terry could yet feature for Chelsea in their upcoming Champions League bout against Paris Saint-Germain, despite being injured against Newcastle United.

The centre-back—whose contract at Stamford Bridge runs out in the summer—was replaced after only 38 minutes into Chelsea’s match against troubled Newcastle on Saturday.

The Blues crushed the troubled Magpies during the match, winning 5-1, but their triumph came at a cost, with Terry clearly in some discomfort when he was substituted for Abdul Rahman Baba.

According to The Sun, however, there is no tear in the defender’s hamstring and while he remains a doubt for Tuesday’s match, he has refused to be ruled out of the high-profile Champions League bout.

The tabloid note that the 35-year-old is prepared to wait until the last minute before declaring whether he is fit enough to compete in the Last 16 first-leg contest.

With Kurt Zouma already missing, Gary Cahill may well be partnered by right-back Branislav Ivanovic against PSG, with Cesar Azpilicueta possibly moved over to right-back, with Baba coming in at left-back.