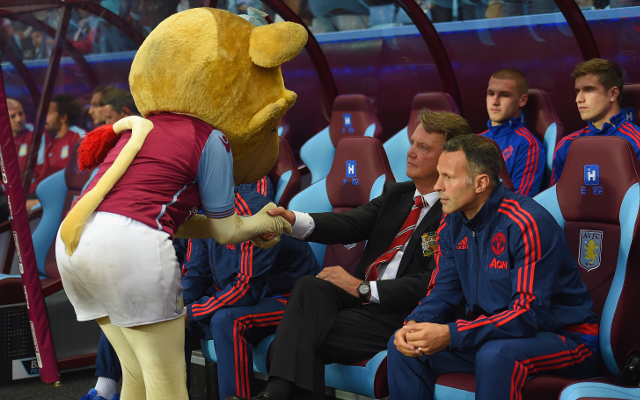 Speaking to the official Fifa website, Patrick Kluivert has offered his support for Louis van Gaal and insisted that he turn things around at Manchester United.

“Obviously, at a club of that size, people want results immediately, but it’s not as easy as that,” the former striker began.

“United are in fifth place now and the coach is always the first one to get the blame for a bad run. However, I think he’s got so much quality and I hope he can turn the situation around.”

Despite van Gaal’s pedigree—he is one of the most decorated managers in the world game—he is enduring a miserable stint at Old Trafford, where things have regressed since he took United back to the Champions League last season.

Indeed, the Red Devils were dumped out of this year’s competition in the group stage, and van Gaal, showing few of the qualities that won him two Spanish titles at Barcelona, the Champions League at Ajax, and the Bundesliga with Bayern Munich, appears unable to help the side re-qualify for the competition this season.

Indeed, as Kluivert points out, United remain fifth in the table, and despite Manchester City’s loss to title-chasing Tottenham Hotspur on Sunday, they are six points behind their fierce local rivals.

With the Red Devils looking hard-pressed to secure Champions League qualification through a top-four finish, and the Europa League may be the Dutch coach’s best bet of securing a European Cup return for United.