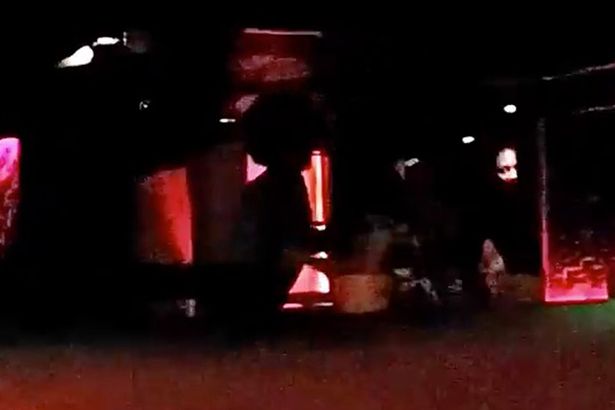 Footage has emerged of Manchester United midfielder Marouane Fellaini and his brother being abused by fans inside a nightclub.

The incident, which took place at around 4am in the morning at an exclusive London nightclub—Mahiki—saw three ‘abusive’ partygoers ejected from the club after approaching the Red Devils star and his brother, Mansour.

According to the Mirror, the nightclub’s security moved in to throw the abusers out of the nightclub swiftly after the altercation began, and Fellaini’s spokesperson has denied that the United midfielder—or his brother—was guilty of any wrongdoing.

Indeed, they say that the ejected ‘fans’ were the ones who began and continued the abuse.

Fellaini has had a troubled time in recent seasons, and things don’t look to be getting any better as he was dropped by Louis van Gaal for the 2-1 defeat to Sunderland on Saturday.

Before than, the Belgium international had featured in seven consecutive matches for the Red Devils, but has clearly become a casualty of United’s unconvincing run under LVG.