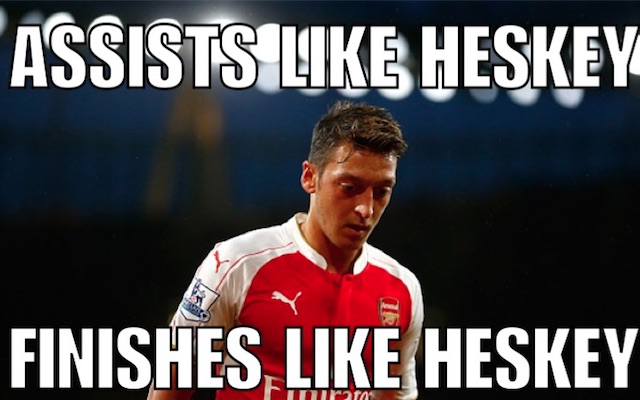 We’ve known for a long time that Mesut Ozil is the king of assists.

But he does not yet hold the Premier League record to prove it.

He will soon, though.

Ozil has made 17 Prem assists this season, after setting up Danny Welbeck for a dramatic winner in Sunday’s 2-1 win over Leicester City.

Ozil needs just four more in the 12 remaining fixtures to break that record.

The German superstar is currently just below two Chelsea midfielders, as well as Henry.