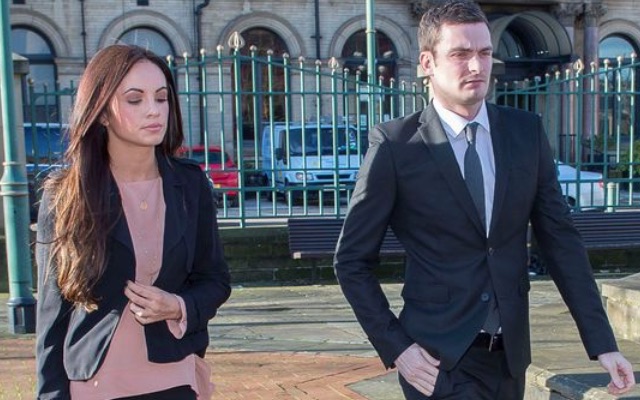 Adam Johnson was not accompanied by girlfriend Stacey Flounders in court on Monday.

The sacked Sunderland footballers has had his loyal WAG by his side throughout his legal defence against four charges relating to an alleged sexual encounter with an unnamed 15-year-old girl.

Mum-of-one Flounders had been an ever-present in court, but Johnson was left to face Monday’s session alone as she stayed away.

In court on Monday, a police statement from Johnson’s alleged victim was heard.

“I got a message from Sunderland player Adam Johnson who I’d idolised for quite a while,” the girl told police.

“I was well up for it,” she added, explaining her reaction to Johnson’s request for a thank you kiss.

“It was a surreal type of thing. I met up with him again. I gave him his thank you kiss and more.”

She also claimed that Johnson put his hands in her knickers.