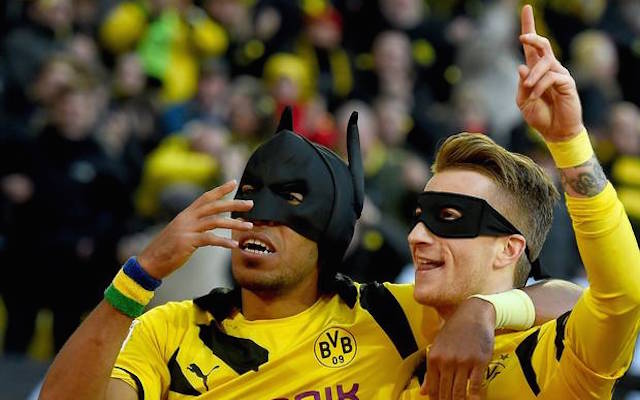 According to reports, Manchester United are primed to make a big-money move to bring Pierre-Emerick Aubameyang to Old Trafford.

The Mirror reported on Monday evening that the Red Devils executive vice-chairman Ed Woodward has decided that the Borussia Dortmund hitman has to be the club’s primary transfer target at the season’s end.

The Red Devils are unlikely to be able to offer the Gabon international Champions League football—they currently sit fifth in the Premier League table, six point behind rivals Manchester City in fourth—but the report suggests that they will break the bank in order to lure Aubameyang to Old Trafford.

The Mirror [as above] notes that United would be willing to offer over £60 million to sign the striker, while also offering him an eye-watering £200,000-per-week contract to agree to commit his future to United.

It’s easy to see why Woodward is keen to bring ‘Auba’ to United; the 26-year-old has scored 20 goals in 20 games for BVB so far this season, and has also contributed four assists.

Woodward will be hoping the Aubameyang will be a bigger success than last summer’s big-money signings, with Memphis Depay and Anthony Martial contributing only nine goals between them this season.