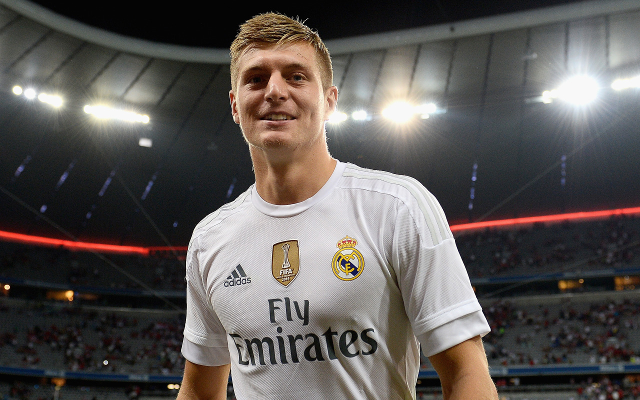 Chelsea are likely to make some significant changes to their midfield this summer, and one big name that could be headed to Stamford Bridge is Real Madrid and Germany midfielder Toni Kroos.

According to the Metro, Chelsea are targeting Kroos for a transfer this summer. Per the source, the 26-year-old Kroos is currently under contract through 2020, so the Blues would likely need to open up the wallet to bring him in.

Chelsea’s midfield struggles earlier in the season cost the team an early exit from the Capital One Cup tournament as well as significant points in the Premier League that still have the reigning BPL champions toiling at 12th on the table.

Several big-name Chelsea midfielders have been linked to moves away from the club – particularly Eden Hazard, who has just one goal in 32 competitions as of writing. Kroos has had a similar string of bad luck at getting ball in the back of the net, scoring just once in 27 competitions for Real Madrid this year. However, unlike Hazard, Kroos also has seven assists while the Belgian ace has three.