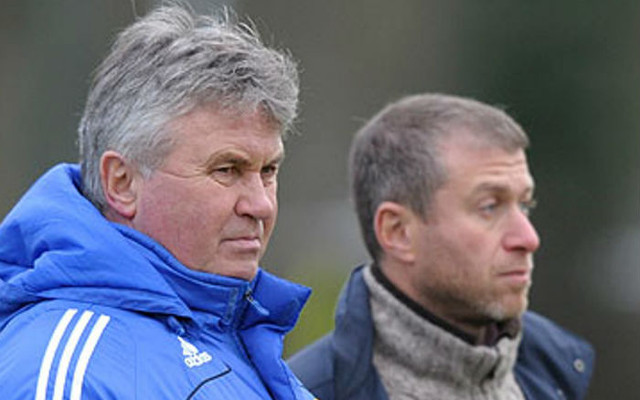 Despite the doom and gloom surrounding the club back in December when Jose Mourinho was fired, Chelsea have rebounded nicely under Guus Hiddink and can still make a run at the FA Cup or even the Champions League if things break well. However, the Chelsea interim manager appears to have a plan in place for the club should the they be effectively eliminated this week.

According to the Telegraph, Hiddink has stated that he will take a much closer look at the younger members of the first-team and would be willing to put them in positions to make an impact over the stretch of the season.

“This is a key week as to whether we go in a nice flow into the next round of the FA Cup, go further in the Champions League or the other scenario is there,” Hiddink said.

“We need to see what the near future can bring with some big experiments and see what can be done with younger players who are knocking on the door.

“I am happy youngsters are now coming up at this club. I was happy with Traore who worked so hard in training, so he deserved to come in, so I was happy he made his goal. It’s a signal now that young players have the opportunity to make an impact.”

Chelsea have gained notoriety over the years for abandoning their academy and not giving their players enough time to develop with the team. Among the most notable castoffs from the Chelsea academy are Romelu Lukaku, Kevin De Bruyne and Daniel Sturridge.

In the wake of the injuries to John Terry and Kurt Zouma, young defenders Matt Miazga and Jake Clarke-Salter have been added to the Champions League squad, while Ruben Loftus-Cheek and Bertrand Traore have received significant time with the first-team in the Premier League.