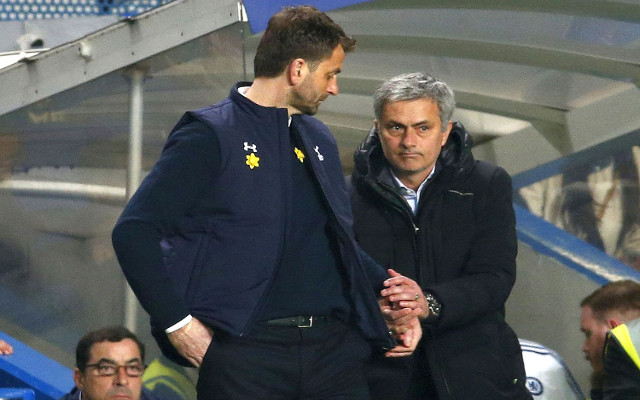 Paul Parker spent six seasons at Manchester United back in the 1990s and was capped on numerous occasions for England. With his former team poised to make a huge decision on its next manager in the coming months – if not weeks – he made the announcement that the club would be well-served to pass on former Chelsea boss Jose Mourinho and instead hire former Aston Villa manager Tim Sherwood.

In his Eurosport column, Parker said that Mourinho would be unable to take a team in crisis and turn it into a contender the way some fans imagine he can. In turn, he submitted Sherwood as his prime candidate due to the energy and coddling Sherwood is renown for bringing to the locker rooms.

‘To suggest that [Mourinho] could walk in to a crisis situation at United and turn it around is absurd,’ Parker wrote.

‘That’s something he’s never done in his career, and this really wouldn’t be the time to start. He’s lost a huge amount of respect in the game, and I suspect the players at United hate the idea of him taking over,’ he added.

‘Frankly, given how unhappy the players are right now, they’d be better off bringing in Tim Sherwood between now and the end of the season: someone to soft soap the players, give them a bit of a cuddle, get them feeling good about themselves once again.’

The former Villa and Tottenham Hotspur manager is renown as an excitable, player’s coach who motivates well but struggles with in-game adjustments.

However, Parker added that Sherwood might only be good as a temporary option while the team finds a better long-term manager since his coaching style tends to wear off.

‘Sadly, as we’ve seen with Tim, those sorts of managers don’t work long term. And United need to start thinking about the long term as soon as possible, because if not they face the ultimate danger: turning into the new Liverpool.’

Sherwood joined Aston Villa as manager in the 2014-15 season, successfully navigating the club out of the relegation zone and into the FA Cup Final, where they ultimately lost 4-0 to Arsenal. He was fired in October of the 2015-16 season after the claimed just four points in the first ten matches and endured a six-game losing streak.