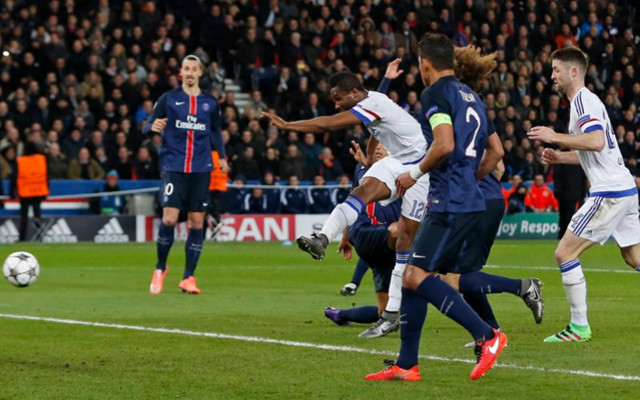 When Zlatan opened up the scoring for PSG against Chelsea, the Blues quickly needed a hero. But instead of Diego Costa, Pedro, Eden Hazard or Cesc Fabregas, it was actually longtime defender John Obi Mikel who answered the call in France.

The veteran Chelsea defender, after over 350 games and over 50 Champions League appearances, notched his sixth career goal for the Blues in added time of the first half on a goal so unexpected that even Twitter followers weren’t sure whether to credit Chelsea or disparage PSG.

Here are some of the funniest responses we found on Twitter to Mikel’s goal:

Chelsea have WON every single game where John Obi Mikel has scored before.

When you here that Zlatan’s opener was cancelled out by… Mikel. #PSGCHE pic.twitter.com/9E366pdwy3

Stick him up front. pic.twitter.com/nfuVhiOwjC

What was perhaps even more incredible was that Mikel’s goal was the first one conceded by PSG at home this whole tournament.

And who scored it? John Obi Mikel! pic.twitter.com/16IhsPpeB8

You may be 24pts clear but even John Obi-Mikel has scored against your multi billion pound side, @PSG_English. Instant 50pts deduction.