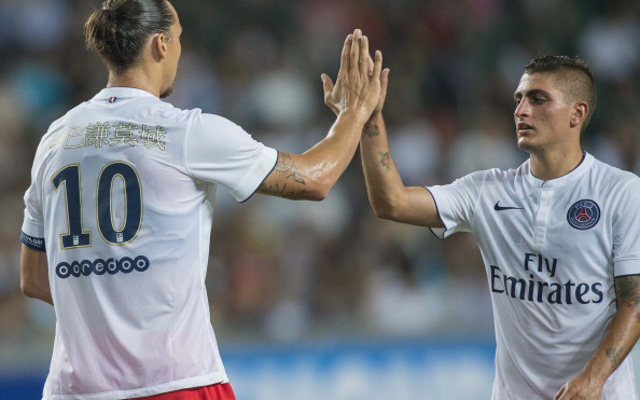 Paris Saint-Germain have signed Marco Verratti to a new deal which will keep him with the French giants until 2020.

The deep-lying playmaker has been heavily linked with a move away from the club in recent weeks and months, with the likes of Real Madrid, Barcelona, Chelsea and Manchester City all understood to be keen on the midfielder.

However, his quartet of high-profile admirers may need to look elsewhere after the international has put pun to paper on a new deal at the Parc des Princes.

Verratti, who moved to PSG in July 2012, has played 155 times for the Parisians in all competitions and has emerged as a genuine world-class operator after previously being one of the brightest young talents in the world game.

Tying Verratti down to a new deal is a further statement from PSG, who are hoping to establish themselves firmly among the giants of the European game.