Barcelona are reportedly preparing a move for Schalke star Leroy Sane after the front page of Spanish daily Mundo Deportivo reported that they have sent a team of scouts to keep an eye on him.

Sane has a €37million release clause installed in his contract, and the paper is reporting that he has become one of Barca’s main transfer priorities ahead of the summer window.

Barca have now been watching the player for over two years after initially being impressed with his performances against their youth team in the UEFA Youth League before he broke into Schalke’s first team.

The report claims that Barca feel he has a similar potential to the likes of Andres Iniesta and Arda Turan. 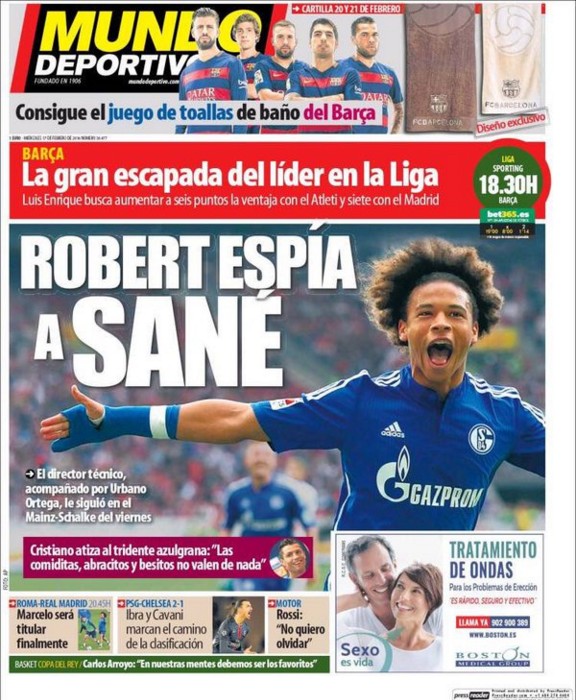