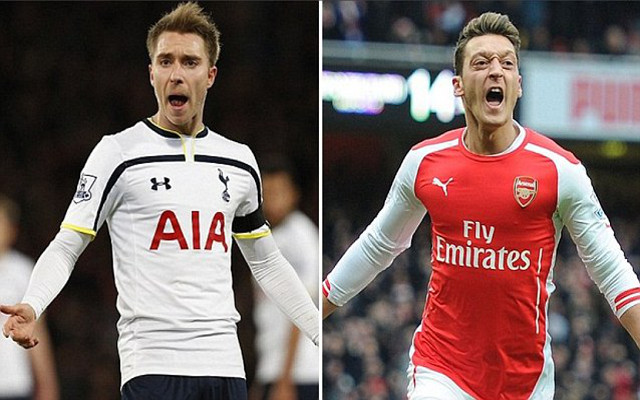 For the majority of the season it has been mostly a two-horse race for Premier League MVP between Leicester City midfielder Riyad Mahrez and Arsenal assist-wizard Mesut Ozil. After the Gunners completed their sweep of the Foxes this past week, Ozil appeared to have become the front-runner. However, a look at how Tottenham Hotspur ace Christian Eriksen has performed over the past few weeks may indicate that a new contender for the award has emerged.

According to the Independent, over the past five games Eriksen is the Premier League leader in goals scored with three, shots made with 17, chances created with 27, successful passes with 242, and take-on success rate at 63%.

All of Eriksen’s numbers exceed marks by Mesut Ozil over the same five-games stretch: Ozil has one goal, four shots, 19 chances created, 207 successful passes and a 55% take-on success rate.

Though Arsenal and Tottenham Hotspur both won their matches against Leicester City and Manchester City respectively and tied for points, Tottenham edged out the Gunners for second on the Premier League table thanks to their superior goal differential.

If the Spurs can pull off the improbably task of beating the Foxes, Arsenal and Manchester City for the Premier League title, Eriksen could very well be in contention for Premier League Player of the Season over Ozil or Mahrez.