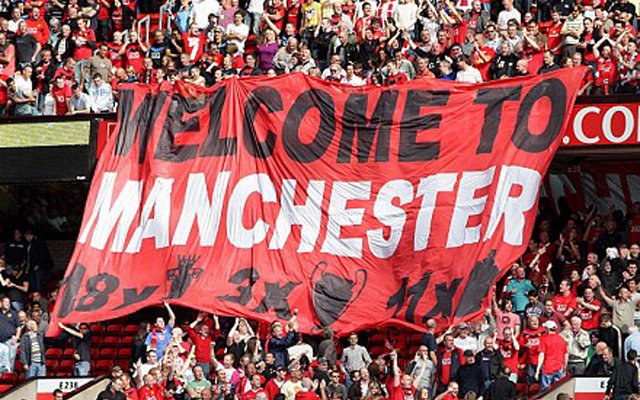 Manchester United supporters are planning a protest against Midtjylland’s ticketing prices after being charged £71 to attend Thursday’s Europa League clash in Denmark.

After being eliminated from the Champions League at the group stage this season, fans have been left disappointed with the high level of prices for the second tier of European competition.

Banners have been prepared by sections of supporters travelling to the game at the MCH Arena, including the one below:

Our flag for Denmark. Brilliantly created by @ThomasKearney92pic.twitter.com/JGGPhZcrZa

The reference to the Saints comes after Southampton were charged just £22 per ticket when the team played against the Danish champions in their Europa League playoff clash in August.

However, the Midtjylland hierarchy have opted to set a ticketing bracket of £77 for the visit of United, leading to the angry reaction from supporters just weeks after rivals at Liverpool launched a protest against ticket prices at Anfield.

“£71 to watch a Europa League game is extortionate,” said Andy Mitten, author and editor of fanzine United We Stand, as noted by ESPN FC. “The combined cost of all three tickets for Manchester United’s Champions League away games was only £75.

“Do they think United fans are three times wealthier than Southampton fans? Midtjylland are ripping fans off — their own and the 800 travelling fans.”

His views were echoed by other supporter groups, while the cost of flights, accommodation and transport to attend the game coupled with the ticket prices ensures that many United fans will be paying over £1,000 to see their players in action.

Midtjylland have failed to respond to requests for comments on Tuesday, while supporters have called on UEFA to protect them against such unjust behaviour from rival clubs.