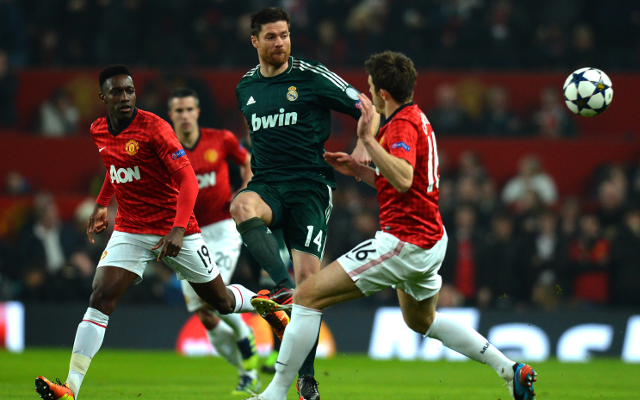 According to reports, Arsene Wenger is considering a transfer approach for Manchester United midfielder Michael Carrick.

The Mirror reported on Tuesday that the French coach is keen to bring the playmaker to Arsenal should he leave United at the end of his contract this summer.

As stated by the report, Carrick’s current deal ends in June, and with United yet to offer the 34-year-old a new deal, he would be available to leave on a free transfer at the end of the current campaign.

Wenger moved to sign Petr Cech from rivals Chelsea last season, and—with that move for the experienced veteran and serial Premier League winner proving to be a success—the French coach could well have been convinced to turn to Carrick.

Wenger may well have need for extra midfield reinforcements this summer, with the trio of Mathieu Flamini, Mikel Arteta and Tomas Rosicky—all of whom are the wrong side of 30—coming to the end of their current deals.

Carrick moved to United in 2006 following a two-year spell at Tottenham Hotspur. He has won five Premier League titles at Old Trafford, and also won the Champions League with the Red Devils in 2008.