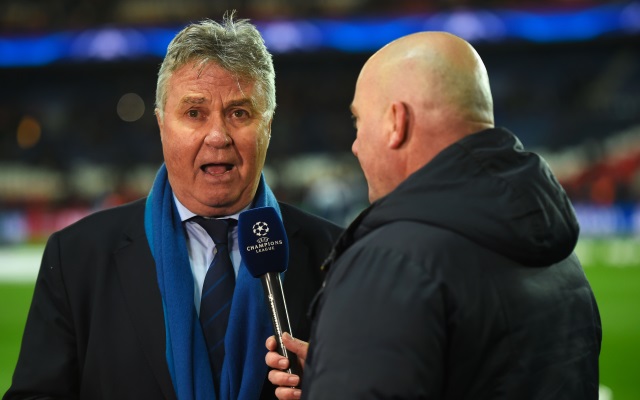 Speaking after Chelsea‘s Champions League defeat by Paris Saint-Germain on Tuesday evening, Guus Hiddink has admitted that the loss was painful, but that he remains optimistic that the Blues can still advance.

Zlatan Ibrahimovic struck first for the hosts, as his free kick was deflected past Thibaut Courtois off John Obi Mikel.

The Nigerian midfielder made amends soon afterwards with a powerful close-range finish, but PSG ultimately stole the victory late on when substitute Edinson Cavani struck just four minutes after coming on as a substitute after bringing down a long-range pass from Angel Di Maria and firing beneath Courtois.

Hiddink had cultivated a long undefeated streak since replacing Jose Mourinho in December, but without the likes of John Terry and Nemanja Matic, his side were found wanting by dominant PSG, who hold a 24-point advantage over the chasing pack in the French tip flight.

“The result is negative but on the other hand an away goal is important. It hurt a bit because the team was playing decently against a team with capacity to play. But we are still in the race,” the Dutch coach began, speaking to BT Sport [as per the Express].

“We were not lethal enough at times but otherwise we can be relatively happy,” he continued. “We didn’t moan a lot about the absence of players and the rest got the confidence and did what they were asked.

“Over two legs, it is important you have the away goal. If we can do it at Stamford Bridge then a defeat doesn’t count so much.”

Following their miserable start to the season, Chelsea remain mired in the bottom half of the Premier League table—they have accrued only 33 points from their opening 26 matches—and their chances of featuring in next year’s Champions League surely rest on their winning this year’s competition.