Speaking after Paris Saint-Germain‘s victory over Chelsea in the Champions League on Tuesday, Laurent Blanc has insisted that the Blues are beginning to find their feet.

“This was a very good match from both teams,” Blanc told beIN Sports after the match. “Chelsea were meant to be in major trouble, but they are regaining their colour.”

Despite his charitable comments, Blanc will surely be delighted that his side pulled off the victory when the two sides met in Champions League action.

Zlatan Ibrahimovic opened the scoring in the first half when his free kick was deflected past Thibaut Courtois off John Obi Mikel, but the Nigerian midfielder equalised soon afterwards with a near-range effort.

Chelsea were undone at the death when substitute Edinson Cavani met a long-range pass from Angel Di Maria before finishing beneath the advancing Courtois.

While the away goal gives the Blues a lifeline in the match, PSG will be favourites to make it two out of two and advance past the Pensioners as they did last season.

“We can expect a tough match at Stamford Bridge,” Blanc continued, “but I think the Chelsea players will say the same thing.”

The two reigning champions are enduring mixed fortunes in their respective divisions this season; while Chelsea are still stuck in the bottom half of the table following a miserable start to the campaign, PSG are 24 points clear at the top the of Ligue 1 and it would take a miracle for them not to retain their title. 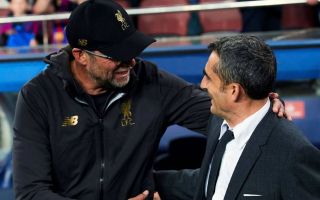