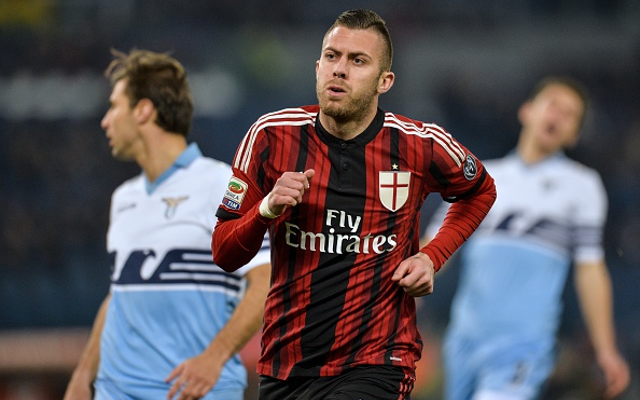 After Ezequiel Lavezzi confirmed his move to China on Wednesday, the former PSG star could be followed by AC Milan ace Jeremy Menez according to reports.

The French international scored 16 goals in Serie A last season, his highest tally in a single campaign in his career, but has been plagued by injuries since.

Having made his long-awaited comeback in the win over Genoa at the weekend, the Rossoneri will undoubtedly hope that he can now remain fit and play an instrumental role in their pursuit of the third and final Champions League qualification spot.

Nevertheless, they could have a conundrum on their hands, as according to reports in the French media, Shanghai Shenhua have made an approach to sign him.

According to Le10Sport, as noted by Football Italia, the Chinese giants will try to tempt Milan into accepting an offer of around €10m, although there is still a dispute over personal terms.

Menez is said to be asking for a three-year deal worth €10m per season, while the club are only willing to offer €7m.

The transfer window in China closes on February 26, and having released former Everton star Tim Cahill this week, Shanghai have an available slot in their squad for another foreign player.

It remains to be seen if Menez is the man to fill that spot, as Milan boss Sinisa Mihajlovic has continuously spoken of the importance of getting the former Roma and PSG star fit and back in the squad on a consistent basis.

The Serbian tactician is unlikely to be too impressed if the club decide to sell him, particularly with no option but to wait until the summer to replace him.