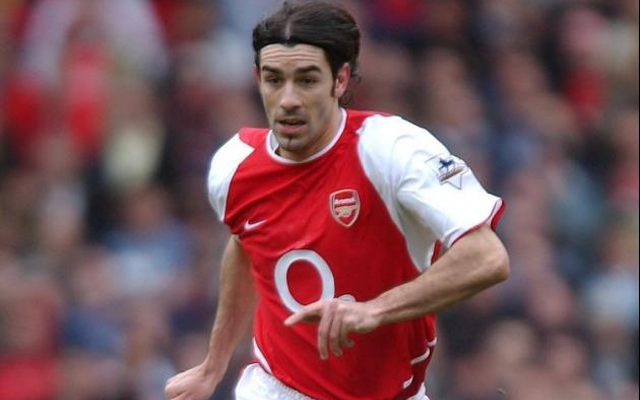 Former Arsenal star Robert Pires has denied any suggestion that he brought diving to the Premier League as he respected all of his opponents.

Following criticism of Lionel Messi’s penalty at the weekend, where the Argentine laid the ball off for Luis Suarez to score against Celta Vigo, the question of respect has come up.

Pires attempted a similar routine against Manchester City in 2005, although he was unable to pull it off with Thierry Henry. However, he is adamant that he didn’t mean to show any disrespect towards City, and has moved to dismiss any suggestion that he cheated during his career.

“For Danny Mills it was hard to understand that you could actually take a penalty like that. Maybe he didn’t even know it was allowed.”

And Pires, writing in the The Times, as noted by Sky Sports, also said he never disrespected anyone by diving during his Premier League years.

“I didn’t bring diving to England,” he wrote. “There was one controversy against Portsmouth, but there was contact.

“When you run fast with the ball and dribble, a slight touch from a defender or even movement towards you can unbalance you.

“I looked for a foul sometimes, I provoked the defender for sure and most of the time I dribbled past, but I never dived and have never intentionally disrespected anyone.”

Messi and Suarez have split opinion this week with some considering their actions as completely disrespectful towards Celta, while others have argued that it was merely a brilliant piece of skill and initiative.