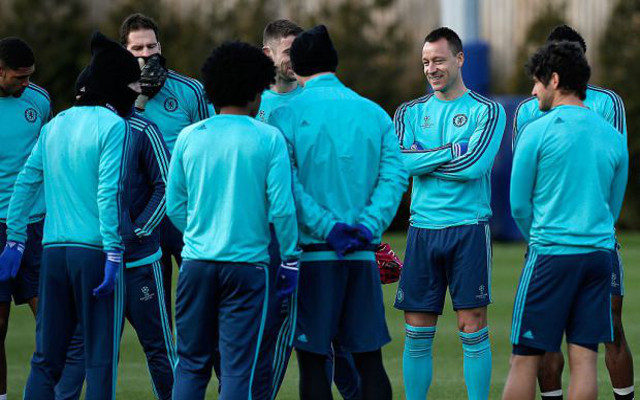 Chelsea are understood to be willing to wait on John Terry‘s fitness as they look to pick their best-possible XI for the FA Cup bout against Manchester City.

The centre-back was replaced during the first half of the Blues’ Premier League rout of Newcastle United on Sunday, and was unable to take part in the Champions League bout against Paris Saint-Germain on Tuesday evening.

Chelsea lost that match 2-1—with a late strike from Edinson Cavani securing the win for the reigning French champions—and the Blues arguably missed their veteran skipper’s experience in the heart of the backline.

However, will Guus Hiddink will be desperate to get his captain back for the FA Cup bout against Manchester City on Sunday, he will also be keen not to rush the former England skipper back to action and risk jeopardising his fitness ahead of upcoming matches, not least the return match against PSG.

According to the Mirror, the Blues are understood to be prepared to give JT until Friday to prove his fitness and to show that he has overcome his hamstring injury.

Right-back Branislav Ivanovic partnered Gary Cahill in the heart of the defence against PSG, with Ghana international Abdul Rahman Baba stepping in at left-back and Cesar Azpilicueta moving across to the right.