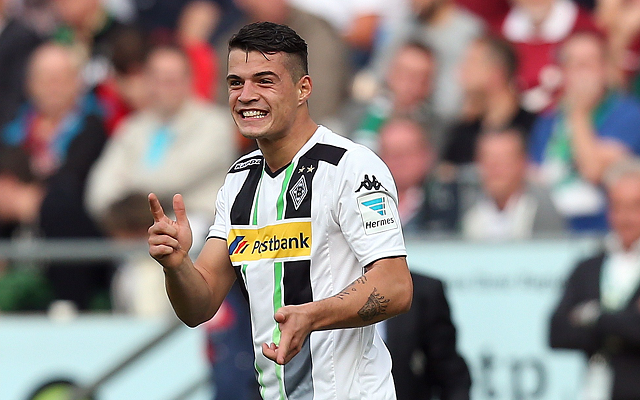 Manchester City are said to be preparing an enormous £39million offer to seal the signature of Borussia Monchengladbach midfielder Granit Xhaka, according to German publication Bild.

The Swiss international has been one of the Bundesliga’s standout performers so far this season, and his performances have caught the attention of incoming City boss Pep Guardiola, who for the time being is still at Bayern Munich.

And the report in Bild is claiming that Guardiola has already earmarked Xhaka as a player he wants to bring to the Etihad with him over the summer.

The 23-year-old is already known to be on the radars of fellow Premier League giants Liverpool and Arsenal, but given City’s considerable financial clout, they are expected to be the favourites to bring him on board.

Xhaka himself has previously expressed a desire to play in the Premier League at some point in his career, and it now seems that he’ll have a number of options when the time comes.