Yesterday, captain and top scorer Wayne Rooney was ruled out for six weeks with a knee problem, as BBC Sport reports, and now goalkeeper David de Gea has joined the long list of crocks.

Check out this video which shows the moment that the Spaniard pulled up in the warm-up for tonight’s Europa League tie against FC Midtjylland. Sergio Romero has replaced him between the sticks.

The Red Devils now have so many players sidelined that they would be able to name an XI of full internationals – and one which boasts a staggering 490 international caps no less. 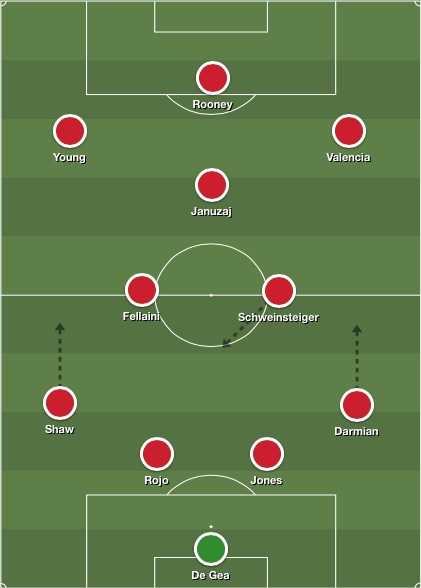 We reckon that this injured XI is stronger than the team that Louis van Gaal was able to field in Denmark this evening – which can be seen below. The goalkeeper and full-backs are certainly better.

Either Phil Jones or Marcos Rojo would improve that team at the expense of Paddy McNair. There is not much to choose between the central midfield pairing. The fit XI might just get the edge there.

That makes it 4-3 to the injured team going into the attackers. We are picking Rooney and Ashley Young to join Juan Mata and Anthony Martial in the front four, making the final score 6-5 to the crocks!