Manchester United are said to be lining up an offer for Wolfsburg full-back Ricardo Rodriguez after learning that he is targeting a move to a bigger club, according to the print version of SportBild.

The Swiss international has long been tipped as a rising star in the Bundesliga and has even attracted interest from La Liga giants Real Madrid, who are also thought to be amongst the suitors for his signature. 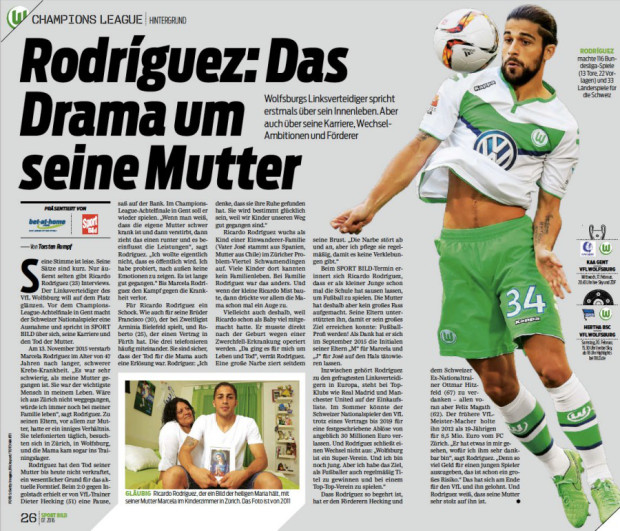 United were initially linked with Rodriguez as a replacement for the injured Luke Shaw, but a move in January failed to materialise, though they may find they will have better luck over the summer after the player confirmed he’s looking to move on.

“Wolfsburg is a super club, and I’m still young,” Rodriguez is quoted as saying.

“But I have a goal, as a football player, and that is to win titles regularly and be playing as a top, top club.”