Chelsea owner Roman Abramovic has reportedly turned to former Blues boss Avram Grant for help in picking the club’s next manager, according to the Daily Telegraph.

The Blues are still on the lookout for a long-term replacement for Jose Mourinho, who they sacked late last year. They brought in Guus Hiddink on another short-term deal, but he will step down from his position at the end of the season.

And the Telegraph is now reporting that former Chilean boss Jorge Sampaoli is high on the club’s wanted list, but the likes of Diego Simeone, Massimiliano Allegri and Antonio Conte are also being considered.

Grant spent a brief spell in charge of the club in 2007/08, and though he led them to their first Champions League final he ultimately failed to bring any silverware back to Stamford Bridge.

However, Abramovic is still believed to value his opinion, and has turned to him for help in trying to identify their new boss. 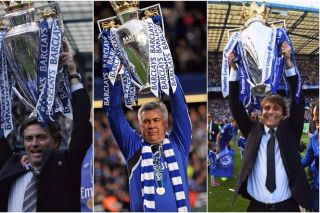