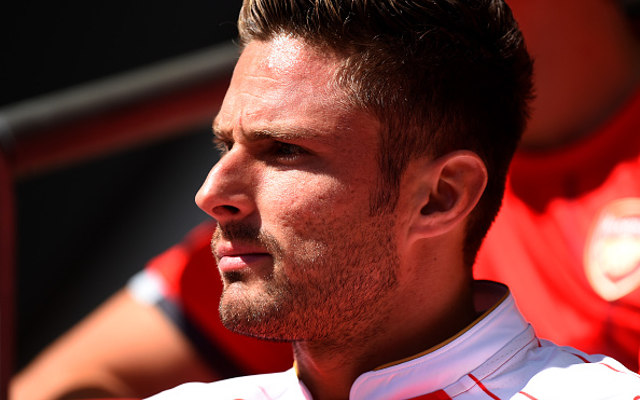 Arsenal striker Olivier Giroud appears not to be concerned by rumours that Arsene Wenger is planning to sign a high-profile upgrade for the French forward.

According to reports, the Gunners are lining up a big-money move for Borussia Dortmund forward Pierre-Emerick Aubameyang, with Wenger clearly impressed by the hitman’s goalscoring form in the German top flight this season.

The Gabon international has scored 20 goals in 20 games in the Bundesliga so far this season—contributing four assists—while also scoring four in five Europa League outings.

As such, the Gunners are understood to be preparing a bid in the region of £60-62 million for the Central African, who has been tipped for a move to the Emirates Stadium alongside other potential targets such as Edinson Cavani and Karim Benzema.

Current Arsenal hitman Giroud would be the player most likely to be replaced should Auba or any other big-name striker move to North London, but the France international appears unaffected by the persistent transfer speculation and the potential arrival of Auba.

“Obviously, it helps me to motivate myself because when you are in your comfort zone, I think you may not be giving the best of yourself,” Giroud told Arsenal’s official club magazine, as per Goal.

“So it’s sometimes useful to have rumours like that, to prove that you deserve your place in the team. It’s part of the job,” he continued. “In each period of the transfer window, there is always the name of another striker which comes out as a possible new signing. You have to face it and stay focused on the team and to help him try to win every game.

“I know what I can do, I’m satisfied with what I have achieved so far, but I really want to continue and I’m sure I can still improve. I am looking to work every day to help the team achieve our goals and win the Premier League.”