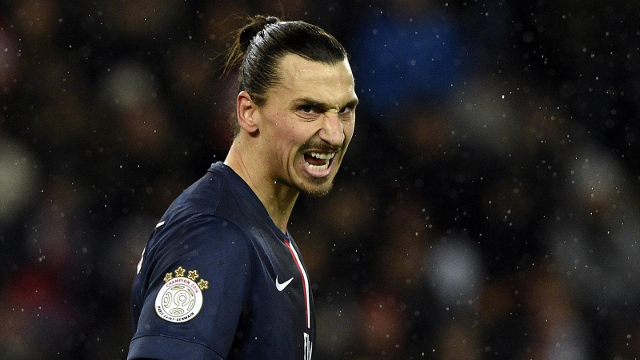 According to a Spanish reporter, Cesc Fabregas and Zlatan Ibrahimovic had an altercation as they were leaving the stadium after Chelsea‘s Champions League defeat to Paris Saint-Germain.

The reigning champions of France and England met for the third successive year in Europe’s premier club competition, with the Blues having emerged victorious in 2014, and the Ligue 1 giants winning out last season.

As such, Tuesday’s meeting between the pair in a last-16 Champions League  clash was a heated affair. PSG took the lead through a deflected Zlatan Ibrahimovic free kick, and while John Obi Mikel equalised soon afterwards, Laurent Blanc’s side secured the win with a late Edinson Cavani goal.

Writing on Twitter after the event, Spanish pitchside reporter Susana Guasch has revealed that Fabregas and Zlatan had an altercation after the bout.

“[There was a] run-in between Ibra and Cesc upon leaving the stadium,” Antena 3 reporter Guasch, writing on her @sguasch handle, began.

“[Zlatan] said ‘You spoke too much today’. Fabregas asked him for an explanation,” she continued.

“But Ibra pretended not to hear. And they took Cesc away so that it did not escalate any more.”

Ibrahimovic himself was sent off last season in the match between the two sides—in somewhat controversial style—and fireworks can be expected when the pair meet once again in the return fixture.

The match back at Stamford Bridge on March 9 takes on major significance for both sides, but arguably more so for the Pensioners.

Currently sitting 12th in the table, having amassed 33 points from their opening 26 matches, Chelsea remain 14 points off the top four, and the Blues’ best—if not their only—chance of returning to next year’s Champions League is by winning this year’s edition.