Real Madrid midfielder Luka Modric was lucky enough to meet his hero on Wednesday night when the playmaker shared a moment of affection with Francesco Totti.

Taking to social media [as per AS], the diminutive Croatia international shared a photo taken after the Champions League bout which shows the ex-Tottenham Hotspur superstar—his ratty features beaming—stood alongside the AS Roma great. 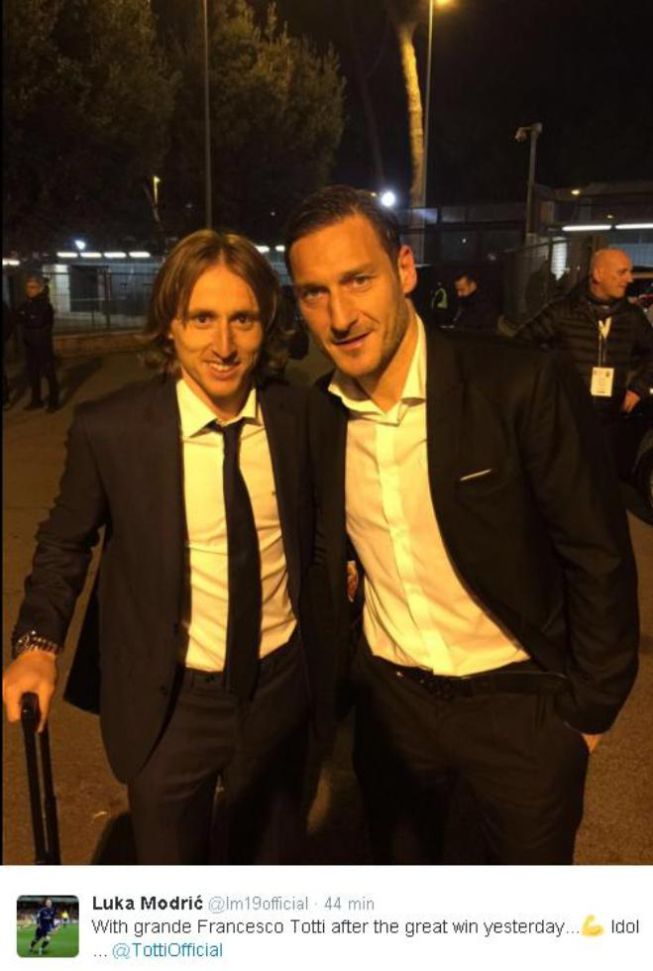 Both men featured on Wednesday as Real secured a convincing 2-0 victory away at the Serie A side. Cristiano Ronaldo opened the scoring in the 57th minute when he touched the ball over Wojciech Szczesny, before Jese added a second in the 86th minute to all but take the tie beyond the Giallorossi.