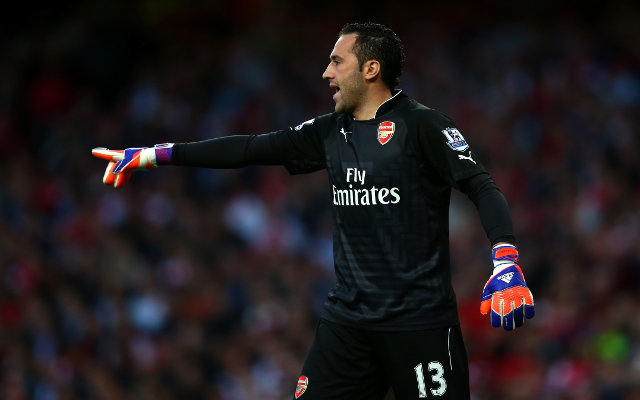 Arsenal are reportedly set to see shot-stopper David Ospina leave the club this summer due to a lack of first-team football so far this season.

The 27-year-old has been limited to just four appearances for the Gunners this year, with Petr Cech’s arrival from Chelsea resulting in a back-up role for Arsene Wenger’s side.

Given that he has played the same amount of games for Colombia as he has at club level, frustration continues to grow for the goalkeeper who is expected to start in the FA Cup clash with Hull City on Saturday.

Nevertheless, that won’t be enough to make him feel as though his future lies in north London, as Cech has unsurprisingly established himself as the number one option between the posts for Wenger with a string of impressive performances.

In turn, not only has Ospina’s progress with Arsenal been disrupted, but his lack of playing time has led to concerns about his future as the national team number one as it has impacted his displays when selected by the Gunners boss.

The Colombian attracted significant criticism when he dropped the ball into his own net during a 3-2 home loss to Olympiakos in September, and his opportunities since have been few and far between.

Regardless, according to The Evening Standard, he is attracting interest from the likes of Genoa, Palermo and Getafe ahead of the summer, although Arsenal are expected to demand a fee of around £5m in order to allow him to leave.

Wojciech Szczesny’s future will also be up for discussion in the summer, with the Polish international set to return to the Emirates following his season-long loan with Roma.