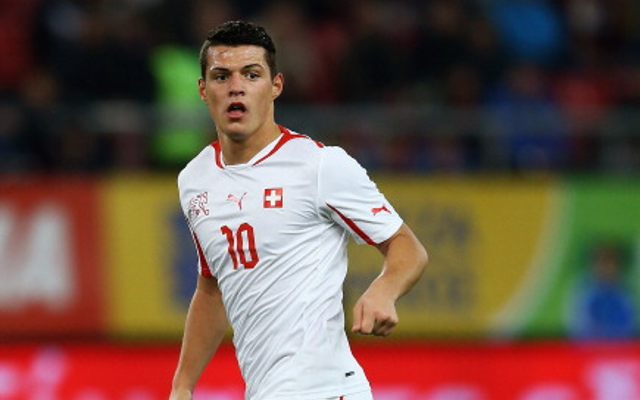 Chelsea are believed to be the latest club to declare their interest in Borussia Monchengladbach midfielder Granit Xhaka, according to reports in Spain.

However, the market for the Swiss international’s signature is now becoming crowded, as both Manchester City and Barcelona have recently expressed an interest in snapping up his services.

Recently the Blues have been linked with the likes of Ivan Rakitic, as the club look for new options in the centre of midfield thanks to the recent poor form of Cesc Fabregas this season.

The 23-year-old has been one of the Bundesliga’s standout performers this term, and is believed to be available for a fee in the region of £19million.

And having sold Ramires to China for £25million during the January transfer window, it is thought that the Blues would have no problem finding the funds to bring Xhaka to the Premier League over the summer.