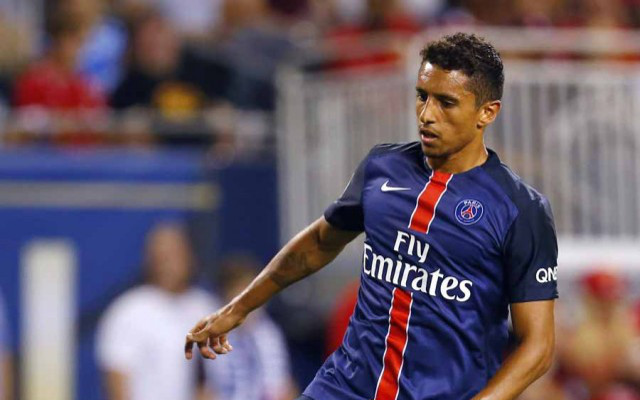 If or when Jose Mourinho gets named the next manager of Manchester United, the former Chelsea boss already has some transfer targets on his shopping list. Paris Saint-Germain defender Marquinhos has been eyed by Mourinho for a long time and could be the first new acquisition of the new regime at Stamford Bridge.

According to BuzzSport, Mourinho expressed significant interest in the 21-year-old Marquinhos back when he was the head man at Stamford Bridge, and remains very high on the young Brazilian. Should he land the job at Old Trafford, he intends to pursue the PSG starlet.

The report also added that Mourinho has a trio of PSG veterans on his wishlist as well, including but not limited to Zlatan Ibrahimovic, Edison Cavani and Blaise Matuidi.

Man United manager Louis van Gaal is on the hot seat after back-to-back losses in the Premier League and Europa League. Should the club falter against lowly Shrewsbury Town in the FA Cup on Monday, his days at Old Trafford could be numbered.

Mourinho led Chelsea to the Premier League and League Cup titles in the 2014-15 season, but had one of the worst starts to a title defense in the 2015-16 Premier League season and was eliminated from the League Cup tournament. He was fired in mid-December and replaced by Guus Hiddink.