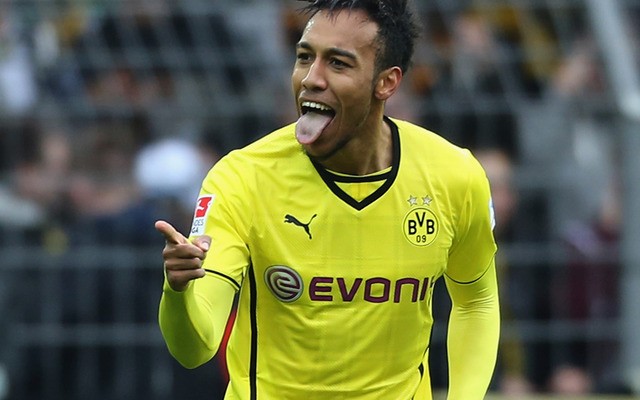 Borussia Dortmund scoring machine Pierre-Emerick Aubameyang has been a top target for the top Premier League clubs for a while now, but based on the latest reports, the star striker could be planning to move to La Liga instead.

According to the Metro, Aubameyang stated in a recent interview with L’Equipe that he has always wanted to play for Real Madrid and even promised his grandfather that he would play there one day.

‘My childhood dream was to play for Real Madrid,’ Aubameyang said.

‘I promised my grandfather, who was from Avila some 110 kilometres away from Madrid, that I would play there.

The Borussia Dortmund superstar referred to Real Madrid legend Hugo Sanchez with reverance and admitted that he modelled his goal celebrations after the famous forward.

‘I watched a lot of Hugo Sanchez videos when I was still a child. The somersault I sometimes do to celebrate a goal is a homage to him.

Aubameyang did not rule out playing for another La Liga team either, calling the idea of playing in Spain ‘ a great gift for my mother.’

‘Playing for Real Madrid, or even another big Spanish club, would also be a great gift for my mother.’

This season, Aubameyang has 30 goals in 32 appearances in all competitions for Dortmund. He has been the subject of significant interest from Arsenal, Manchester United and Liverpool, with his transfer believed to be worth £70 million.