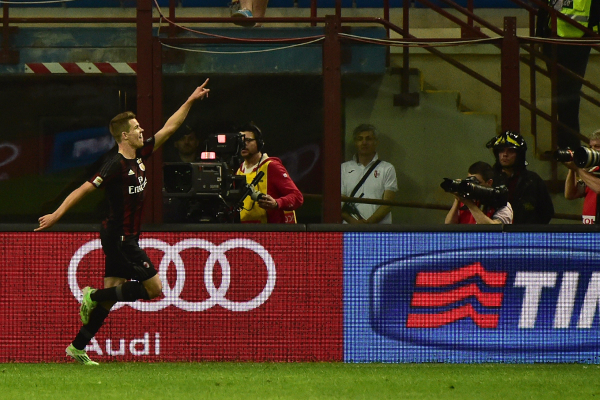 Speaking to the Dutch press, Marco van Ginkel has insisted that he does not regret his decision to sign for Chelsea in 2013.

The Netherlands international signed for the Blues in 2013 when he left Dutch side Vitesse Arnhem. However, since then he has only made four competitive appearances for the Pensioners—only two of which have come in the Premier League—and has wholly failed to make an impact at Stamford Bridge.

Indeed, even though he has featured for the Dutch senior side, having worked his way up through the youth teams, the 23-year-old has spent much of the last three years away from west London.

He is currently on loan back in his homeland with PSV Eindhoven, having featured for AC Milan and Stoke City—on a temporary basis—in recent seasons.

Speaking to the Dutch paper, van Ginkel has insisted that he doesn’t regret his decision to Stamford Bridge, despite his lack of playing time with the Premier League heavyweights.

“It makes no sense to think about where I would have been had I made a different choice,” the midfielder told De Telegraaf [subscription required].

“I’m just carrying on,” he continued. “The past has been. You learn from it.”