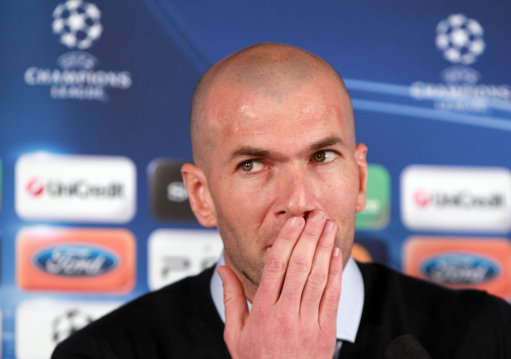 Former playmaker and Real Madrid club legend Zidane replaced Benitez at the Bernabeu earlier this season, and has since overseen a fine run of form with Los Merengues.

As well as a 2-0 victory over AS Roma in the first leg of Real’s Champions League last-16 tie, Zidane has won five of six matches ahead of the away trip to Malaga on Sunday.

Speaking to the media ahead of the match, Zidane responded to recent comments made by his predecessor Benitez, who told BT Sport recently that he felt Zizou had had an easy ride since taking over at the Spanish capital.

When questioned about Benitez’s comments last Wednesday, Zidane was dismissive about his predecessor’s snipes.

“I have enough on with the team and this Sunday’s match,” Zidane began, as relayed by Goal. “It has been discussed a lot, but it’s none of my business.”

Real will be favourites to overcome Malaga, with their opponents sitting down in tenth in the Spanish top flight.

However, it is worth noting that Malaga impressed earlier in the season when they eked out a 0-0 draw with Benitez’s Real, with goalkeeper Carlos Idriss Kameni performing a series of unthinkable heroics despite his side being down to ten men.