Chelsea have a golden opportunity to claim one of their best wins of the season this afternoon because FA Cup round-five opponents Manchester City are unlikely to be at full strength.

According to the Daily Mail, Manuel Pellegrini is planning to name his “second string” at Stamford Bridge, while The Guardian suggest that the visiting boss could pick four teenagers in today’s City XI, including three who have yet to start for the senior team.

City’s need to rest players comes from their packed schedule, which is a consequence of them still being in contention to win four competitions.

Conversely, Chelsea are already out of the Capital One Cup, while their 12 remaining Premier League games are arguably less important than City’s, because the Blues’ hopes of a top-four finish are over.

Simply put, this game is much bigger for Chelsea than it is for City, so Guus Hiddink is expected to go strong.

One significant change may see Alexandre Pato make his Chelsea debut. The on-loan Corinthians forward joined the Blues in late January, but has yet to sample English football.

A home cup clash against a weakened City seems like the ideal occasion to break Pato into the side, especially as Diego Costa has started 10 games in a row, so may benefit from a rest.

Pato’s Chelsea debut could be made much more comfortable by the on-field support of multiple fellow Brazilians.

Willian and Oscar are two of Chelsea’s chief playmakers, while this match could be perfect for 20-year-old Kenedy to make his second start for the Blues, having scored on his only previous one.

Ruben Loftus-Cheek didn’t feature in Tuesday’s 2-1 loss to PSG, but rotation could see him brought into central midfield to partner Nemanja Matic, who was suspended in midweek.

Chelsea’s back four almost picks itself because of injury issues. With John Terry and Kurt Zouma still sidelined, Hiddink will likely stick with the same defence that started in Paris. American Matt Miazga may feature, possibly from the bench if Chelsea are in control of the match late on. 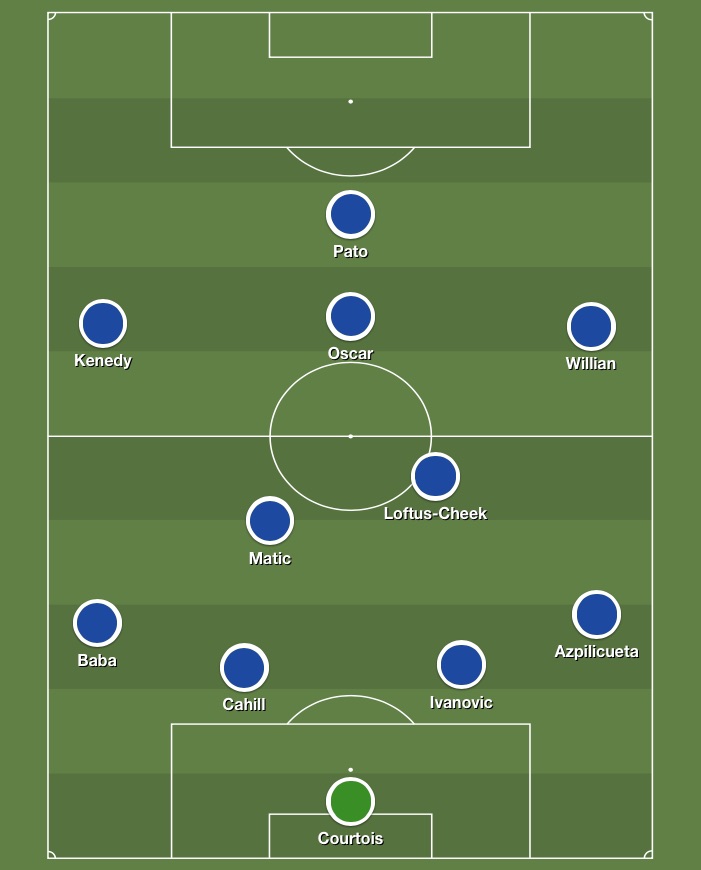