Tottenham Hotspur play their 12th game of 2016 this afternoon when London rivals Crystal Palace come to White Hart Lane for a fifth-round clash in the FA Cup.

As a result of their busy schedule, Spurs changes are almost inevitable. Here’s how we expect Mauricio Pochettino’s starting XI to look as he shuffles his pack once again. 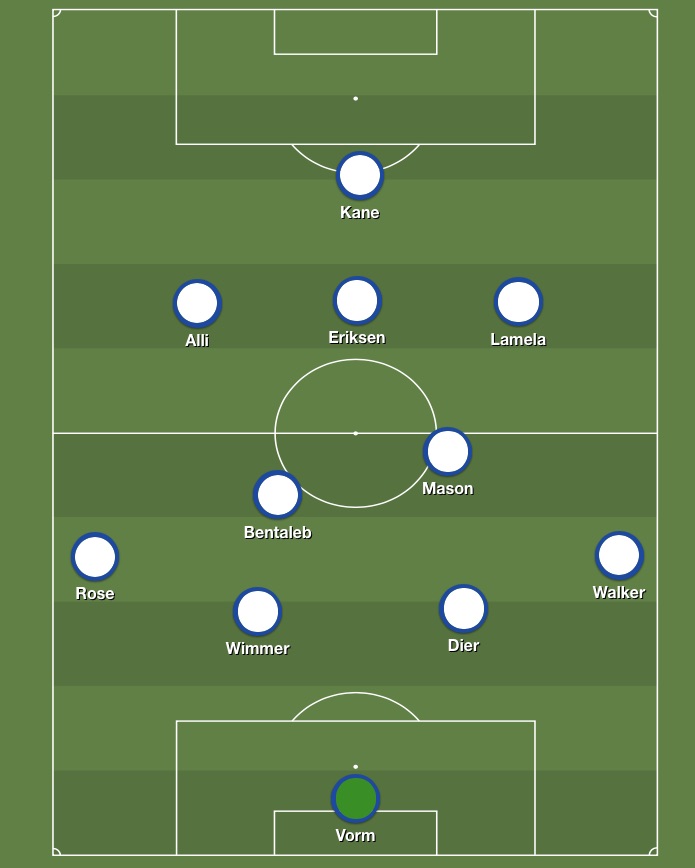 Michel Vorm will continue in goal and make his seventh appearance of the season, as no.1 Hugo Lloris is sidelined with a shoulder injury.

Lloris is Tottenham’s skipper. Vice-captain Jan Vertonghen is also out – because of a long-term knee problem – meaning Harry Kane, who is also vice captain, is expected to wear the armband.

A major chunk of Pochettino’s rotation this season has come at full-back and it is likely that he will again make changes on both flanks, with Danny Rose and Kyle Walker coming in for Ben Davies and Kieran Trippier following Thursday’s 1-1 draw with Fiorentina.

Spurs are much shorter of options in the centre of their defence, meaning Toby Alderweireld and Kevin Wimmer will remain in place unless Eric Dier drops back from midfield, which is exactly what happened – to great success – in Tottenham’s 2-0 win at Leicester City in a third-round replay.

Nabil Bentaleb does not appear to be in Pochettino’s good books, judging by how sparingly he has been used since his return to fitness. Nevertheless, the Algerian could get a game today following the news – reported by Sky Sports – that Tom Carroll is out with an Achilles issue.

Ryan Mason may partner Bentaleb, allowing Mousa Dembele to stay fresh ahead of the second leg against Fiorentina next week, but 19-year-old Dele Alli is fit enough to cope with two or three games a week, so he should start.

Spurs have a wealth of options in attacking midfield, where Nacer Chadli, Christian Eriksen, Heung-Min Son, Erik Lamela and Josh Onomah are all available to line-up alongside Alli.

It may ultimately depend on which players are looking sharper on the day, but Eriksen is Tottenham’s chief playmaker, while fellow key man Lamela is due a start, having not been in the first XI for the last two matches.