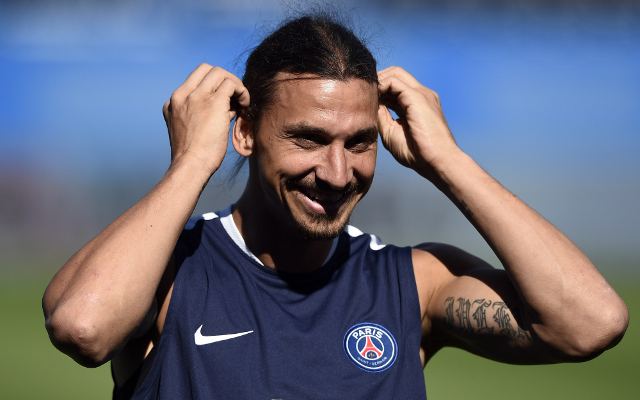 Paris Saint-Germain defender Thiago Silva believes that Zlatan Ibrahimovic will opt to stay at the Parc des Princes beyond this summer.

The influential Swede will see his contract with the club expire at the end of the season, with a move to MLS, a return to Serie A or a switch to the Premier League all being touted as possible options.

Having suggested that he was in “good shape” to play in England last week, the 34-year-old was seemingly open to considering offers.

However, Silva has insisted that the forward will sign a renewal with PSG as he continues to win titles having already won league honours in the Netherlands, Italy, Spain and France during a glittering career.

“It is difficult to say anything about him — he is always amazing,” the Brazilian defender said in L’Equipe.

“We’ll see what he does at the end of the season, but in my opinion he can stay because he could still play with us. I think he wants to stay.”

However, Thiago Silva said that Ibrahimovic, who has never won a major European trophy, might want to move on if he finally ends his long wait.

“If he wins the Champions League this season, his opinion will probably be different.”

With PSG taking a 2-1 aggregate lead to Stamford Bridge next month in their round-of-16 clash with Chelsea, it remains to be seen whether or not their bid for European glory is extended into the latter stages of the competition.

Nevertheless, it appears as though Ibrahimovic won’t be short of options if he does decide to leave the French capital this summer, as he continues to demonstrate his ability to produce at the highest level.

Although he still has his detractors who question his ability to perform against the top clubs in Europe in particular, those that support him will undoubtedly point to his trophy haul and goalscoring records as evidence of his significant impact over the years.