Tottenham Hotspur‘s FA Cup campaign came to an end on Sunday as they were beaten 1-0 at home by Crystal Palace.

Spurs were favourites to advance heading into this bout with their London rivals, but, fighting on three fronts, and with a paucity of options in certain key positions, Mauricio Pochettino opted to rotate his squad for the knockout match.

Thus, Eric Dier partnered Kevin Wimmer in the heart of the defence, with Toby Alderweireld rested, while Michel Vorm replaced the injured Hugo Lloris between the sticks.

Tottenham had the best of the chances during the first half, and went close twice, first when Yohan Cabaye was forced to clear off the line and then when Dele Alli’s effort rebounded off a post and trickled across the goalline before being sliced away by a Palace defender.

Palace took the lead at the end of the first half; Martin Kelly, played into space by Wilfried Zaha found himself one on one with Vorm and lashed a powerful effort past the Dutch keeper at his near post.

Spurs had their chances in the second period, but it was Palace when went closest, while Yannick Bolasie’s effort beat Vorm and appeared destined for the net only for Connor Wickham to charge in and finish it across the line.

The former Sunderland man’s effort was ruled out for offside, leaving Bolasie—whose effort appeared destined for the net without his teammate’s intervention—somewhat miffed! 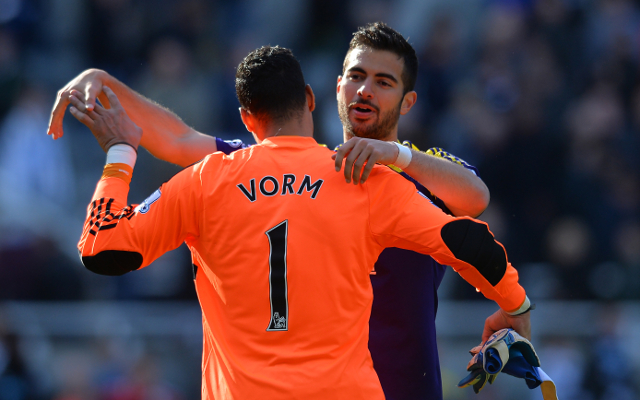