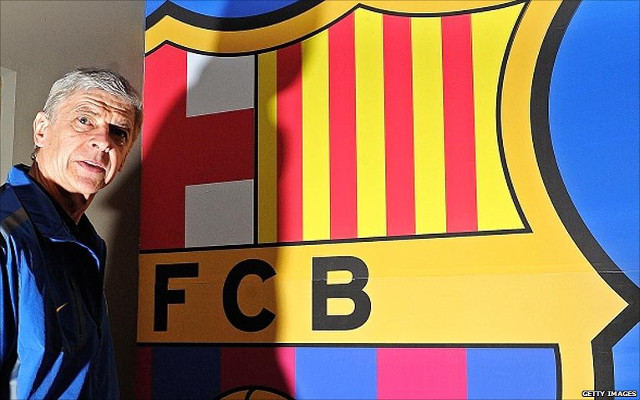 In a statement that could very well make an already-dominant Barcelona team even more motivated, Arsenal manager Arsene Wenger may have said something that the Camp Nou outfit will try to make him regret. In discussing preparing for Barcelona in the Champions League and preparing for Hull City in the FA Cup replay, Wenger may have given his own team the proverbial “Kiss of Death.”

According to the Metro, Wenger stated that he found it harder to prepare for Championship side Hull City as opposed to the defending Champions League/La Liga/Copa Del Ray/Super Cup/Club World Cup title holders.

‘Against Barcelona everyone is naturally focused. We try to create belief.

‘Tomorrow we need to find a combination of discipline, commitment and holding our nerve.’

Hull City held Arsenal to a scoreless draw in their FA Cup clash over the weekend – rarely making a shot on goal, but defending extraordinarily well against an Arsenal team that was missing Mesut Ozil and Aaron Ramsey.

Wenger had best be right about the preparation needed, because Barcelona have not lost a match in any competition since October 3, 2015.