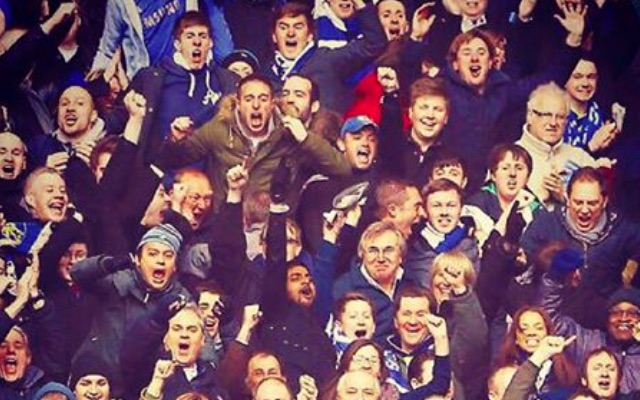 Chelsea were in devastating form on Sunday as they defeated Manchester City 5-1 in FA Cup action.

The Blues advanced to the quarter-finals following a superb performance, which comes as stark contrast to much of their domestic campaign to date this term.

Diego Costa opened the scoring for the Blues, and while City equalised two minutes later through youngster David Faupala, the floodgates opened for the home side in the second half.

Willian made it 2-1 to Guus Hiddink’s side, before goals from Gary Cahill, Eden Hazard and Bertrand Traore rounded off a convincing victory.

However, the Pensioners’ display was marred by the actions of certain portions of the fanbase who hurled coins at Manchester City players.

The Citizens were celebrating after Faupala’s goal and, as revealed by images on television, the officials retrieved several coins from the pitch after they had been thrown from fans in the Matthew Harding stand.

As confirmed by the club’s spokesman Steve Atkins, the club are planning to identify the offending fans and ban them from attending matches at Stamford Bridge.

“We condemn such idiotic and dangerous behaviour and if we can identify those responsible then we will ban them from Stamford Bridge,” Atkins began, as reported by the club’s official website.

“It’s worth noting it’s a criminal offence, too and we will support any police prosecution if we can identify, along with the police, those individuals responsible for that behaviour today.”