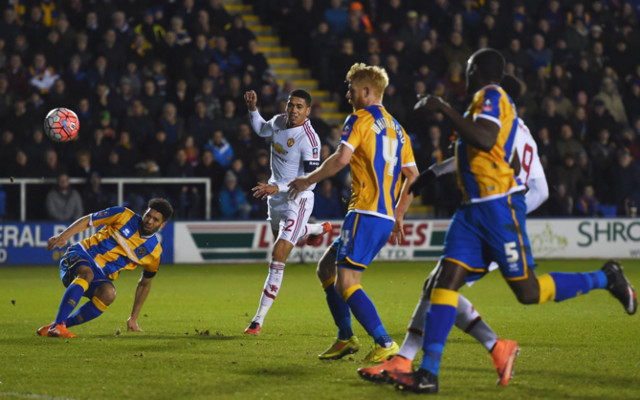 Louis van Gaal may want to consider spending his next paycheck on a ‘Thank You’ card for Chris Smalling later this week. After all, the Manchester United defender could very well have saved his job with a goal he scored against Shrewsbury Town FC in the FA Cup on Monday.

With the Red Devils doing nothing to help themselves for the first half hour of play, it looked like it could be yet another let down performance against an inferior side, ultimately leading to a draw or a late loss. But the script changed this time as Chris Smalling found his lane and hopped the ball in for a 37th minute score.

Man United are coming off two losses to lowly Sunderland in the Premier League and to FC Midtjylland in the Europa League – which have in turn placed the Man United manager right on the hot seat.

But with a Juan Mata goal giving Man United a 2-0 lead heading into the half, it looks like the Dutch boss could be safe… for now.