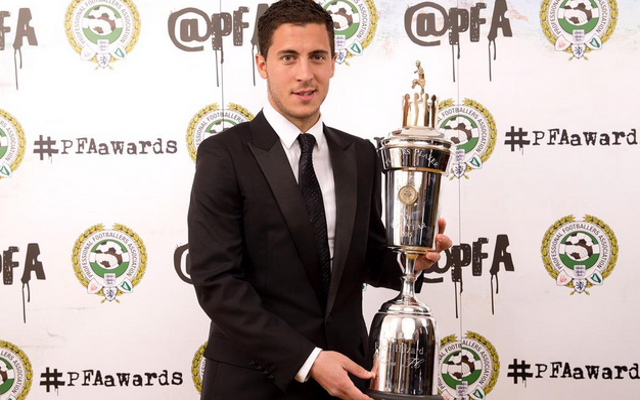 Though he appears to be returning to his title-winning 2014-15 form, Chelsea midfielder Eden Hazard is still sitting atop the transfer wish lists of many top European clubs. While he has been frequently linked with a move to Ligue 1 giants Paris Saint-Germain, it appears a top La Liga club may have the inside track to his transfer.

According to the Telegraph, Real Madrid have emerged as Eden Hazard’s top pick for a transfer destination. Per the source, Los Blancos boss Zinedine Zidane is a childhood hero of the Belgian superstar, and he would welcome an opportunity to play for the legendary football star. The source also stated that Hazard would prefer to stay at Stamford Bridge if Real Madrid do not come calling.

Hazard has yet to score in the Premier League this season after scoring 14 goals and adding nine assists last season en route to PFA Premier League Player of the Season honors. During that season, Chelsea won the League Cup and Premier League title.