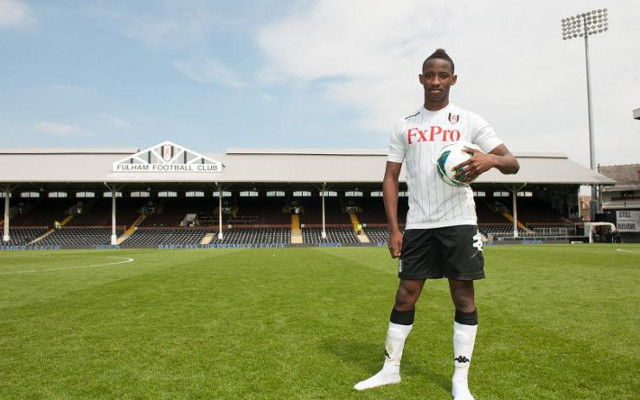 The Spurs appear to be ready to double-up on their Mousa Dembele’s from Fulham. After the veteran midfielder from the former Premier League club joined Tottenham Hotspur in 2012, he emerged into one of the key players on Mauricio Pochettino’s squad. Now the Spurs boss is ready to add another Dembele from Fulham.

According to the Metro, the Spurs have increased their interest in 19-year-old Fulham forward Moussa Dembele and are hoping to land him on a free transfer in the summer window. Per the source, the French Under-20 starlet plans to leave Craven Cottage at the end of the season when his deal with the club expires.

Dembele has 12 goals and three assists in 33 total competitions for the Championship side. This past October, he recorded five goals and an assist in the span of three games, earning Man of the Match honors for his performance in a 4-1 win over Bristol City.

The French forward has some Premier League experience, having played several BPL matches for Fulham back when they were in the top English league in the 2012-13 season. He has also been capped three times for the France U-20 team.